Mark co-founded DSK in 1984 with his former classmate and colleague, Chip Dewing. Mark’s early career included extensive commercial renovations of historic buildings in Boston and London. He has won awards on behalf of the firm for the design of the Harborwalk at Lewis Wharf in Boston, and recently completed the renovation of the 18th century President’s House at Harvard University.

After earning his bachelor’s degree from Columbia University, he earned his Master’s Degree in Architecture from Harvard University. Mark has served on the Warrant Committee for the Town of Milton, the Wang Center Board of Trustees, Vice-chairman of the former Swain School of Design in New Bedford, and the Alumni Council of the Harvard Graduate School of Design. He currently serves on the Board of Governors at Gore Place, Waltham, MA.

In 2008 he was appointed by Mayor Menino of Boston to serve as the representative of Trinity Church on the Citizens Advisory Committee (CAC) for the Expansion of Copley Place, Boston, MA. 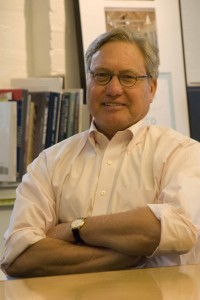